With the Oscars around the corner, the Mrs and I decided to watch most of the Oscar nominated movies. We normally pick and choose films post the awards but this year we decided to try something different.  Below are my mini reviews of the movies, actors and directors nominated for most of the popular awards and have mentioned potential winners for good measure, apologies to critics and fans, I have not covered all the movies, just did not get enough time to watch them (and some I just did not want to watch for example Amour)

Argo – Great effort by Ben Affleck, the movie moves at a brisk pace and does not bore you one bit, the actors shine with very realistic performances and the movie is not about saving Americans, for a change this time it is Canadians. Argo has already won the Screen Actors Guild and BAFTA this year, making the movie a movie top favourite to take home the Oscar, I do believe Affleck will win best Director for the movie as well. To add to that if this wins the Oscar also it will be a breakaway from the movies that normally end up winning the awards, ones that are arou

Lincoln – What can I say, this one is a show reel for the acting prowess of Daniel Day Lewis, my question is why did Spielberg decide to direct this movie? The movie moves at its own pace, the characters move in an out very quickly for you to remember anybody and the only excitement in the movie comes at about the 2 hour timeline. I think this one is a no brainer, Lewis will win for his brilliant performance how the hell did he get that voice down?? Costume design may also have a chance here along with Tommy Lee Jones as best actor in a supporting Role. 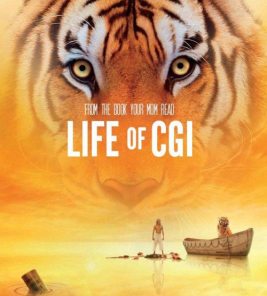 Life Of Pi – I will not lie to you I had really high expectations with this movie, the Mrs and I actually went to watch this on our wedding anniversary and man was I disappointed. The story is nothing to rave about, the acting I only remember The Lion, Tabu and Irfan Khan – The movie is loud and tries to make the audience think about religion, belief and a crazy boy who in my opinion needs therapy.  For me this one is going to be a no show at the Oscar, from a visual effect perspective it is brilliant the 3D is the best I have seen this year but beyond that Life of PI is a complete no show. 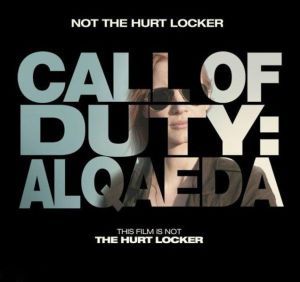 Zero Dark Thirty – This is a great movie in my opinion, it is long but its keeps you glued to your seat, brilliant direction, great acting by Jessica Chastain who is also nominated for best actress and definitely stands a chance to win. My concern with this movie, the Oscars don’t like such movies, they are a thin line between commercial and tragedy and year on year movies like these only win nomination hardly any awards, also if you have seen the History Channel Documentary on the Bin Laden killing there will be a lot of mismatches with this movie, lets just say the director took a few creative liberties.

Django Unchained – Quentin Tarantino’s violent take on the classic western, the movie yells Tarantino all the way, stylish, abusive, violent and absolutely mad – if you can’t take violence stay away from this one. The portrayal of the slavery era is brutal and drives the point home, but for some 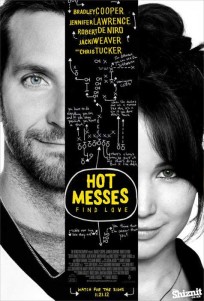 Silver Lining Playbook – This movie kept reminding me of One Flew Over the Cuckoo’s Nest, while I watched it, don’t know why it’s a asylum style movie outside the confines of the asylum, Bradley Cooper, Jennifer Lawrence and Robert De Nero are great in the movie but only Lawrence and De Nero stand a chance to win gold. Now this is the kind of movie Oscars love people with some sort of mental problem and overcoming it to find true love, in my opinion the only true challenger to Argo. It also gets brownie points because Anupam Kher is in it and has a pretty meaty role

Les Miserable, Amour and Beast of the of the Southern Wild are movies I have not yet watched, but they all may have winners in the Actor/Actr

ess categories – Amour may actually end up winning best foreign language film also. Few big names that are missing from these movies, Denzel Washington, for Flight and Philip Seymour Hoffman for The Master, I doubt they will win, even though Denzel’s role looks like it’s specifically written with Oscars in mind.  All in all I think the Oscars will be like they are every year no big surprises. All the images above are a funny take on these great movies they are in no way actual representations of the films themselves, check out the full list of all nominees here and as usual do share your winners list in the comments section 🙂

Posted by badbikegang on February 19, 2013 in Helmets & More