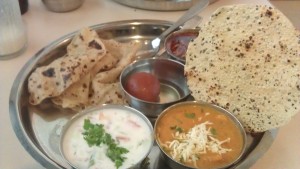 So by now, most of you who have been reading our blog know that we are obsessed with Bikes, Movies, Gaming & Good Food!!! This post is more or less a tribute to the good food part and is basis the awesomeness which has been eaten in the past 2 weeks 🙂 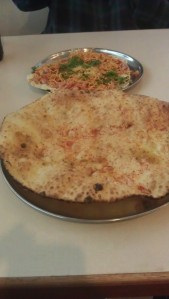 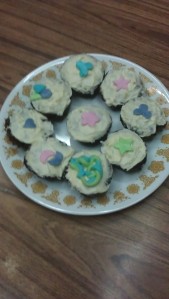 So a couple of weeks ago, Ekta & me from work went to Bhagat Tarachand  where we ate some awesome Gujju style Thali. As you can see in the picture above, it was pretty damn crazy! We also ordered some masala papad and khichiya’s :-). The overall experiance was decently phenomenal!!! Another day, over the weekend we decided to go to Soul Fry Casa and ate some awesome prawns, crab, chicken & naans; this meal was the breakthrough variety as Mihir & I have been allergic to Shellfish & some other seafood, but after eating the meal here nothing happened in terms of allergies.

One fine day at home & this is post Rachita & Ritika’s shopping escapades at Crawford Market, my wife decided to make cupcakes and ice them using fondant which was like super cool! Not only did she make some awesome cupcakes but covered them with all these cool & cute designs using fondant the same was absolutely and totally exceptional :-). Another day, we decided to eat Ceaser Salad and Mushrooms on Toast; the same was accompanied by Carrot Soup with Cheese Balls! The Mushrooms on toast were made like the ones you get in Goa, sauted in butter and garlic which is totally super duper yummy. Going with the fillings on toast bit, we also made some awesome american corn in white sauce with barbecued onions and chilli sauce… 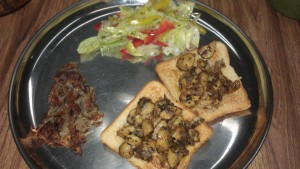 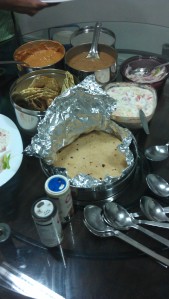 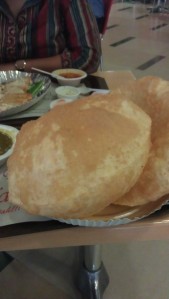 Now the part in office, where Mother in Law sent across a tiffin for lunch with a meal fit for kings. Just to give you a perspective, there was Roti, Panner veggie, Black Daal, Sliced Onion & Chilli, Papad (3 kinds, no less!) pickle! Yup! Unbelivable but true, after eating so much you just cant work! One fine day from work we (Rachita & me) went to the mall where we ate some Chole Bhatura which is basically chick peas made in a gravy and add to that 2 giant puri’s (deep fried) as you can see in the picture below. Further to the same, we revisited Soul Fry Casa with Ekta got drunk on Boondi (Self invented, our Rum Based Cocktail) & Watermelon Martini. Watched a few movies like Avengers which is hands down the bestest movie ever! Also saw The Cabin in the Woods which is one crazy-ass twisted movie. In Hindi movies, saw Jism 2 which is so seriously bad it ain’t funny; also saw Ek Tha Tiger wherein Salman Khan rocked, though the movie was only decent. Watched the entire season 4 of Fringe & started Game of Thrones which is totally unbeleivable!!! Finally, played Sleeping Dogs on the Xbox360 & did some general chilling with Vishal, Beers & Rum!!! Interesting 2 weeks if i say so myself 😉 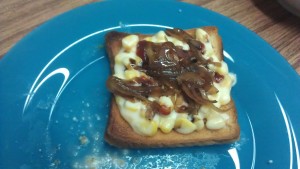 Posted by badbikegang on September 12, 2012 in Trips & Rides 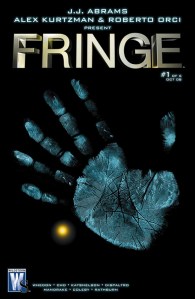 Fringe science is scientific inquiry in an established field of study that departs significantly from mainstream or orthodox theories, and is classified in the “fringes” of a credible mainstream academic discipline. Mainstream scientists typically regard fringe concepts as highly speculative or even strongly refuted. So why am I writing about this highly debatable field? One reason is that all popular TV DVDs are out due to rains in Mumbai limiting time on the bike. Next, is to introduce people to some of the crazy TV that we watch. Do expect a lot of series’ to be covered in the next few months.

A couple of months back, Yooti and I had just finished watching Mad Men, the popular television serial, and were debating which sitcom to watch next. After doing some research on IMBD no conclusive decision was reached – anyways we still went to the DVD shop – once there I kept staring at the large collection of popular TV series’ available. This time around I was clearly looking for the sci-fi genre, the sales man recommended Super Natural and Fringe. In the interest of saving some money, I picked up Fringe (only 2 seasons at that time as compared to 6 in Supernatural – it is a separate discussion that I did end up buying Supernatural later). We had lunch and went home after that. Later that night we started watching Fringe, after watching the pilot episode we both arrived at the same conclusion….this is probably one of the best shows we have seen in a while. Here is the trailer introducing Season 1. 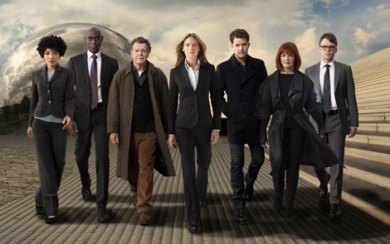 Created by J. J. Abrams, Alex Kurtzman and Roberto Orci, the series follows the lives and cases of the Fringe Division, a Task Force supported primarily by the FBI; the team includes Agent Olivia Dunham, Dr. Walter Bishop and Peter Bishop. They are supported by Phillip Broyles and Agent Astrid Farnsworth, who assists Walter. The Fringe Division investigates cases ranging from transhumanist experiments gone wrong to the prospect of a destructive technological of singularity. They are supported by the members of a company called “Massive Dynamics” – Nina Sharp and William Bell. What makes this sitcom different from others like the X-Files is the meticulous characterization of the cast and the storyline; each episode can be watched as a standalone piece of content, but all 24 come together to reveal a plot that just boggles the mind!

Fringe actually has you questioning and de 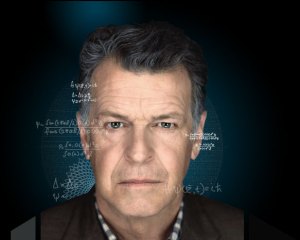 bating episodes much after you have finished watching them – Walter Bishop’s character played by John Noble is unforgettable. Referred to as “The Einstien of our generation”  the character is funny, smart, eccentric and definitely the driving force behind each and every episode.  For all of you who don’t know who John Noble is – he played Denethor in The Lord of the Rings – he is also Artistic Director of Stage Company of South Australia 1977–8, head of Drama, Brent St. School of Arts (Sydney) 1997-00, has directed over 80 plays, including ‘Sons of Cain’ on London’s West End (1986), a freelance actor. Semi-regular in TV series ‘All Saints’ and a Voice and Acting Teacher. 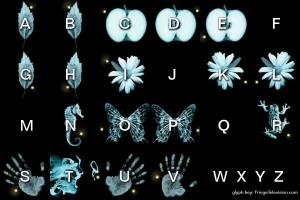 Fringe is a DVD turner! Once you start watching it will take every bit of your will power to press the stop button on your player – an absolute must watch for people who enjoy science fiction. I am currently watching season 4 and some of the theories are out of whack! If you are already a fan, there are a bunch of comics published by DC that are prequel to the series and a must read…a word of advice, the series has a way of taking over your life……Finally check the image for the glyph keys as shown in various episodes of the sitcom – let me know if anyone has a solution out there….

For die hard fans, here is the opening sequance with the absolutely haunting theme.