The Greatest Olympian of All time – Usain Bolt

The Olympics have pretty much dominated our lives over the past 15 days, the highlight of the events being Indian athletes performing better than expected and winning medals, and the other the absolute star of the Olympics – the track and field events. Our favourites are the running events 100m, 200m, 400m, 110m hurdles, 4×100 relay and so on.

The love affair with track and 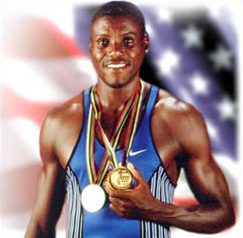 field started in the 80’s. This was when Carl Lewis was at his peak and dominated men’s athletics. Lewis was a dominant sprinter and long jumper who topped the world rankings in the 100m, 200m and long jump events frequently from 1981 to the early 1990s, was named Athlete of the Year by Track & Field News in 1982, 1983, and 1984, and set world records in the 100m, 4×100m and 4×200m relays. His world record in the indoor long jump has stood since 1984 and his 65 consecutive victories in the long jump achieved over a span of 10 years is one of the sport’s longest undefeated streaks. We have been blessed to have watched the man perform at the highest level. Watching Carl Lewis run was like poetry in motion, and the ease he ran with is something athletes find hard to emulate even today. On emulating style I think most runners now adopt the aggressive stance and style of Ben Johnson, he was Lewis’s nemesis and in the 1998 Olympics outran and beat Lewis. You had to watch Johnson in action – he was built like the Incredible Hulk and demolished everything and anything that came in his path, a pity that he was also a steroid freak – this resulted in Lewis being awarded the Olympic gold in ’88.

From there on we kept following the running events on and off; I think the peak was when the world championships would happen. Stars like Donavan Bailey, Justin Gatling, Linford Cristie, Maurice Green, Asafa Powel all took centre stage during the ’90’s into 2000 – these were super athletes, not only did they dominate their sport they also had a charisma which had reporters chasing them off the tracks. These men ran under the 10 second mark and put on a show that few others could. Of course, with the fame came issues of using steroids, bans on events, etc. But this never took away from the excitement of watching 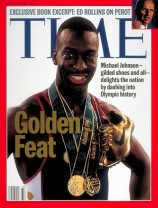 them on the idiot box; I remember cheering for Donavan Bailey in a particular meet and when he won our living room exploded with excitement. Of course, we have also followed the likes of Sebastian Coe, Sergei Bubka, Florence Griffin Joyner, Edwin Moses, Michael Johnson, etc., but none of them were as explosive as the sprinters. Speaking off Michael Johnson, he matched the sprinters in their flamboyance and also brought a one off style to athletics, he is the only male athlete in history to win both the 200m dash and 400m dash events at the same Olympics, a feat he accomplished at the 1996 Summer Olympics in Atlanta. Johnson is also the only man to successfully defend his Olympic title in the 400m. Aside from his Olympic success, Johnson accumulated eight gold medals at World Championships, and is thus tied with Carl Lewis for the most gold medals won by any runner in history.

Enough about the past moving onto the present. None of the above mentioned athletes come close to the current Track and Field sensation Usain Bolt. He emerged on the scene in 2008 and has taken the athletic world by storm – his 2008 season began with his first performance – a 100m world record of 9.72 s – and culminated in world and Olympic records in both the 100m and 200m events at the 2008 Beijing Summer Olympics. He ran 9.69 s for the 100m and 19.30 s in the 200m, and also set a 4×100m relay record of 37.10 s with the Jamaican team. Bolt’s greatest achievement though, is shattering the World Record in the 100m – the time 9.58. A lot has been written about Bolt and how his casual attitude will eventually get the better of him; this due to the fact that he was miles ahead of the field in the last Olympics and pretty much eased up towards the finish; purists believe he should have put his head down and run all the way, but Bolt chose to enjoy the moment. From then, till now,

there have been races he has not won, false started and lost in, he even came 2nd in the Jamican qualifying rounds. Interestingly most critics and haters had written him off basis this year’s Olympics but after watching the race it was very clear there is only one man who can dominate the 100m and his name is Usain Bolt. Bolt had a late start and stayed with the field till about 50m but post that he accelerated. It is impossible for a human being to do what he did and by the end of the last 50m Usain was the winner with the field trailing much like the last Olympics. Next on the horizon the 200m and the relays, I do believe with Powel and Blake at his side, the Jamican team will dominate and it will be an absolute joy to watch one of the greatest sprinters ever to grace the sport…..

Off the track, Usain Bolt

is very laid-back and relaxed, like most Jamaicans.  Bolt’s Jamaican track and field idols include Herb McKenley and former Jamaican 100m & 200m world record holder, Don Quarrie. The first sport to interest him was cricket and he said if he was not a sprinter he would be a fast bowler instead. As a child he was a supporter of the Pakistani cricket team and admired the bowling of Waqar Younis. During a charity cricket match, Bolt clean-bowled Chris Gayle. Gayle was complimentary of Bolt’s pace and swing. Bolt also struck a six off Chris Gayle’s bowling. All in all, Usain Bolt is a rockstar he has brought crowds back to the stadium and is 3 races shy of achieving God status in Track and Field Heaven.

Posted by badbikegang on August 8, 2012 in Categories

So the fixation with Sports for Mihir & me started courtesy Dad – my Dad loves all kinds of sports and has been watching them since decades. That interest definitely spilled over onto both of his kids :-). Sports – beyond Cricket & Football – like Basketball, Baseball, etc. were watched in the Shah household regularly. Enough of basking in the glory of watching all kinds of sport, coming back to the Olympics…

In 1982 there were the Asiad Games & for the same our family bought our first Color TV – the same was huge thing. Excitment all around considering the same was a 32″ Sony Telivision. At that time, India had only 1 channel the govenment run Doordarshan. The first Olympics we watched was the 1984 LA Olympics. The opening Ceremony, Lighting of the Torch, etc. were activities which were just unbelievable at that time. Also saw multiple different kinds of sports like – Volley Ball, Swimming, Diving, Steaple Chase, Athletics, to name a few. Over the years, till cable TV hit India, Doordarshan carried the Olympics; Cable TV, ESPN, etc. hit India during the early 90’s. The same changed India’s perspective on sports only from a viewership perspective.

Over the years, we saw some great feats in the Olympics and some great Atheletes right from Carl Lewis & h 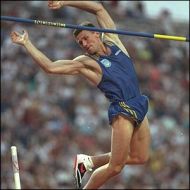 is achievments in athletics, Sergie Bubka – the greatest Pole Vaulter of his time, Florence & Griffth Joyner – the sprint queens, Gail Deevers, Greg Lueganiss in diving,  Michael Johnson & his dominance in the 200m & 400m races, 1992 USA Dream Team in Basketball, Tennis Legends – Jenifer Capriati & Andre Aggasi, Michael Phelps probably the greatest Swimmer ever the list is endless. Through all through this there have been a few favorite sports: Athletics, Diving & Gymnastics. (Next Week we will have an article on the legendary Sprinters of our Generation).

This Years Olympics in UK have also been awesome and a 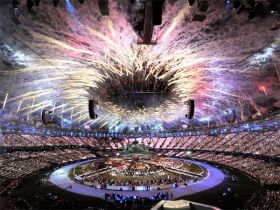 lso the way we have started to see the same in terms of perspective has changed. Initially, it was about Winning & Losing, also about favourites and atheletes you didn’t favor. Now its more about the sport per say and the acheivments, also athletes and how they are able to push themselves which at some level just seems unreal. It’s like they are from a different planet :-). Details of this year’s medal winners is splattered across the web and we clearly didn’t want to cover the same, just wanted to share our experiance of the Olympics as probably the greatest Sporting Spectacle of All Time!!! Also Google changes its Google Doodle everyday with the theme of the Olympics… This is an event you dont want to miss.

Posted by badbikegang on August 2, 2012 in Bikes & Builders